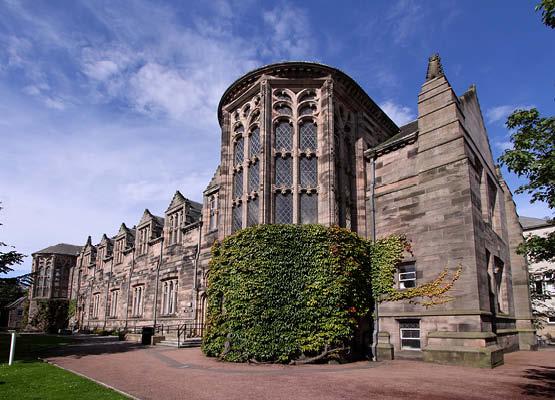 Humans have been settled in Aberdeen for at least 8000 years. In more modern times (still about 1000 years ago) the two separate ‘burghs’, a kind of district in Scotland, Old Aberdeen and New Aberdeen, joined together and became the Aberdeen we know today.

At one time the city’s economy centred on fishing, shipbuilding and textiles, but nowadays thanks to its location on edge of the North Sea, the oil industry has overtaken the more traditional sources of income. The effect of this is that the city has remained a wealthy and prosperous location.

Crathes Castle and Pitmedden Gardens are two popular attractions which reflect the historic grandeur of the area. Visitors can spend a couple of hours in each, taking in the peaceful atmosphere of the well-kept gardens or the imposing castle’s architecture.

The city houses a number of museums reflecting Aberdeen’s ancient and industrial past. The Maritime Museum tells the history of Aberdeen’s relationship with the North Sea - collections cover shipbuilding, fast sailing ships, fishing and port history, and displays on the North Sea oil industry.

For something a little more sinister, visit the Tolbooth, a 17th-century former jail, now a fascinating museum and said to be one of the most haunted buildings in Aberdeen. The museum showcases many of the grisly instruments used on prisoners as well as the original cells, so you can really get a sense of prison life 400 years ago.