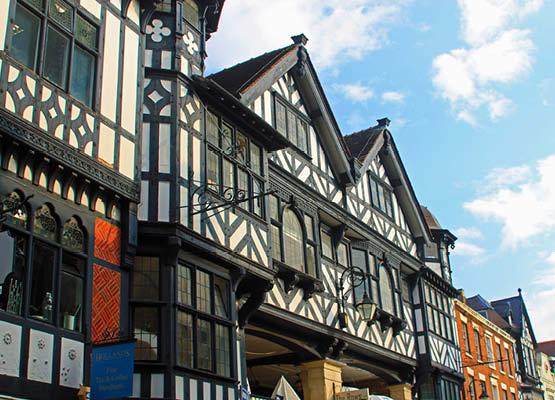 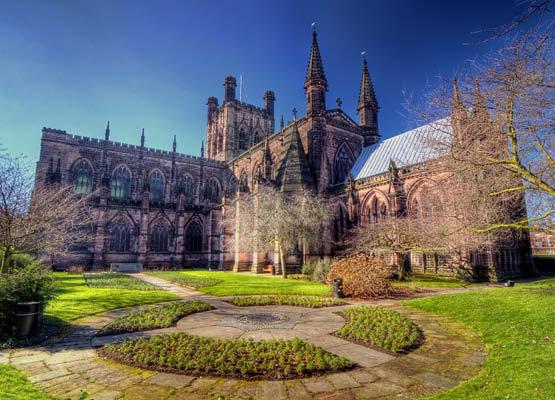 Chester is one of the best preserved walled cities in Britain and was one of the main army camps in the Roman era. History is aplenty in this colourful city; with both medieval black and white buildings and Victorian architecture that line the streets in Chester.

The modern city is bursting with things to do, so if history isn’t your thing, why not check out Chester Zoo, which has over 21,000 animals? Alternatively, there is an abundance of shops in the city centre and the Chester Rows, with both well-known high street shops and independent boutique shops. Don’t forget Cheshire Oaks Designer Outlet, where you’ll be able to find a good deal on designer and luxury brands.

Chester has an array of beautiful gardens and stately homes that are a must-see for all nature lovers. You could take a trip to Ness Botanic Gardens, which has 64 acres of stunning gardens to explore and many native and tropical plants to see. Arley Hall and Gardens combines an incredible stately home that has been occupied by the Arley family for 500 years, with eight acres of tastefully decorated gardens with a variety of plants and shrubs.

Chester has created many footballers and actors; Daniel Craig who was one of the James Bond stars was born in Chester. If you are a Jane Austen fan, you might have seen Lyme Park in Cheshire, because the 1995 BBC television adaptation of Pride and Prejudice was filmed there.