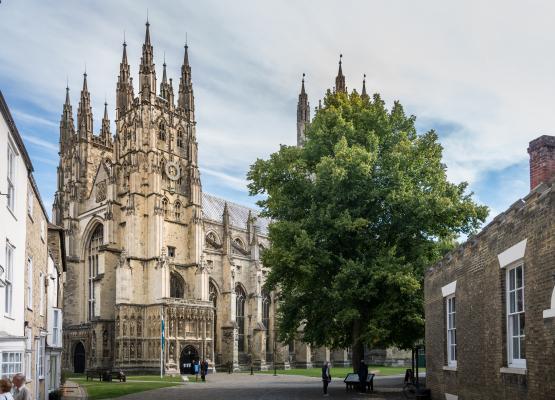 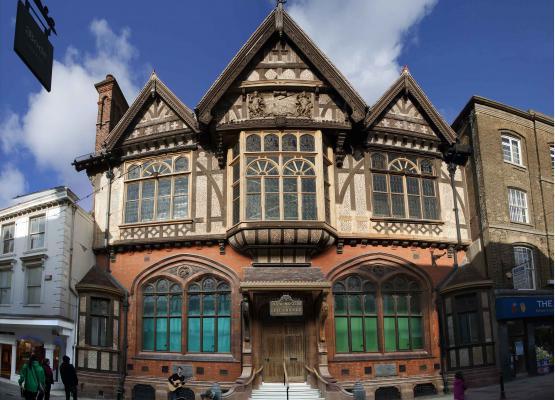 Canterbury is a historic cathedral city and UNESCO World Heritage Site. The city is a popular tourist attraction with two prominent universities and a high student population. The Archbishop of Canterbury is not only the primate of the Church of England, but of the worldwide Anglican community.

With many historical structures in the city, there is no shortage of mesmerising attractions to enjoy. Explore the extravagant St Augustine’s Abbey, the Norman-built Canterbury Castle and the oldest school in the entire world, the King’s School. Additionally, you can see the Roman city walls, rebuilt in the 14th century. Make sure to visit the East and West Gate; the West Gate being the largest surviving gate in England, it was almost demolished during the Victorian era in an attempt to widen the roads.

Visitors will be awestruck by the enormous Canterbury Cathedral, with its stunning walls, interiors and a vivid courtyard. This fantastic attraction is used by both the University of Kent and Canterbury Christ Church University as the venue for graduation ceremonies.

You’ll also be able to explore some architecturally grand contemporary buildings including the Marlowe Theatre and the St Lawrence Ground, home to the Kent County Cricket Club. The city features the largest shopping centre in East Kent, Whitefriars, and also has many other stores and restaurants. The culturally diverse town also hosts a variety of cuisines throughout a range of restaurants.

There is a direct train service from London to Canterbury, which only takes an hour, making it convenient for day trips from the Capital.