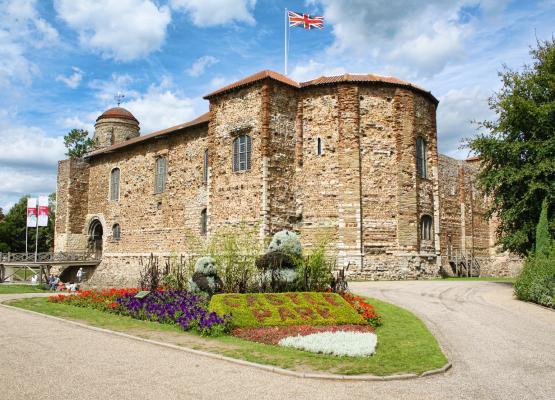 Complete with a castle dating back to the 11th century, a zoo filled with over 250 different species of animals, a choice of museums,  galleries, and even an expansive show garden, Colchester offers something for everyone.

Situated within Castle Park is Colchester castle. The castle site, which was previously home to the Roman Temple of Claudius, and was constructed by the Normans in 1076, and now provides an exciting museum and historical exhibition.

History buffs will be in their element with an array of attractions and historical sites at their disposal, including the Roman Walls and Balkerne Gateway (the largest surviving Roman gateway in Britain), the medieval castle and remains of St Botolph’s Priory, the Tudor Layer Marney Tower, and the Georgian Hollytrees Museum.

Dedham Vale, Colchester’s AONB, is a short distance away from the town centre and provides lush countryside that inspired the likes of artists like John Constable and Thomas Gainsborough. The rolling farmland, charming villages, scenic rivers, meadows and woodland will immerse you in the beautiful landscape.

Alternatively, if you wish to relax on the beach, Colchester is a short distance from Clacton-on-Sea and Southend-on-Sea. Or if you prefer a busier pace of life, London is just over an hours train journey away.