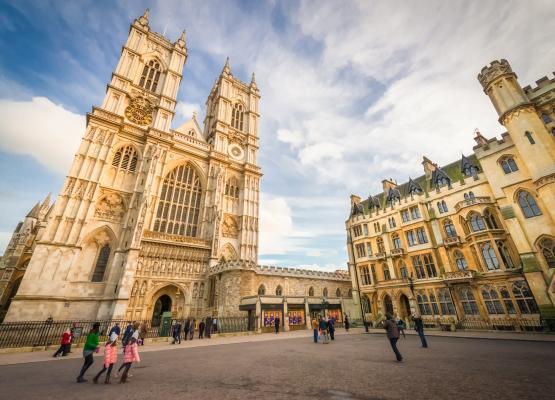 Steeped in more than a thousand years of history, Westminster Abbey sits at the heart of London and remains as important and influential as when it was first constructed.

Since the coronation of William the Conqueror in 1066, with the exception of Edward V and Edward VIII, every British monarch has had their coronation at Westminster Abbey. The Abbey is also the final resting place of seventeen monarchs; multiple statesmen, poets and scientists; in total 3,300 people are interred here. Taken as a whole the tombs and memorials comprise the most significant single collection of monumental sculpture anywhere in the United Kingdom

The Abbey is a treasure trove of art, stained glass, pavements, textiles and other artefacts, Westminster Abbey is also the place where some of the most significant people in the nation's history are buried or commemorated.

In the Abbey, visitors are able to tour and view the 12th Century Coronation Chair as well as Poets’ Corner, Lady Chapel, and the Grave of the Unknown Warrior whilst taking in the gothic architecture and the history of this religious building.

As it is a working Abbey, guests are welcome to attend any of the daily services free of charge.