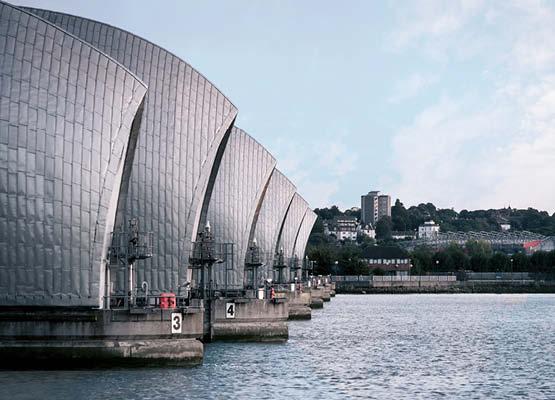 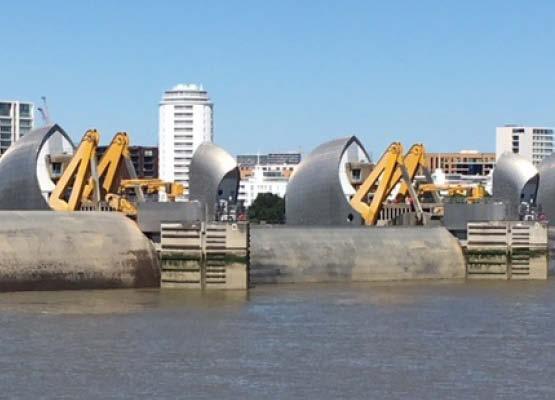 The Thames Barrier is the moveable flood barrier that rests on the River Thames. It protects Eastern boroughs of London from incredibly high tides and storm surges that move up from the North Sea. Sir Hermann Bondi’s report on the North Sea Flood of 1953 prompted the government to build the barrier, which was officially opened in 1984 by Queen Elizabeth II.

The Thames Barrier has become an incredibly important structure in London as it safeguards people, protects historic buildings such as the Houses of Parliament, as well as offices, power supplies, tube lines and hospitals, which is imperative with the rising sea levels and climate change.

Upon construction it was predicted that the barrier would only be used 2-3 times a year, however due to the rise in sea levels it is being used over double the original estimate. During the season between 2013/14 the barrier was closed 50 times, which is the highest amount in its 33-year use.