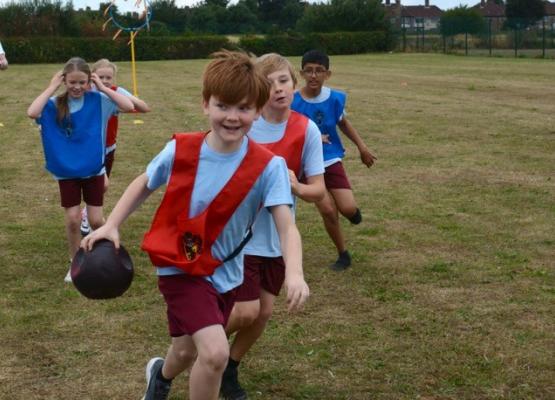 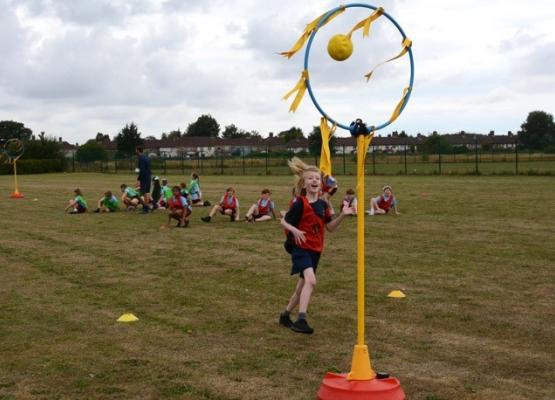 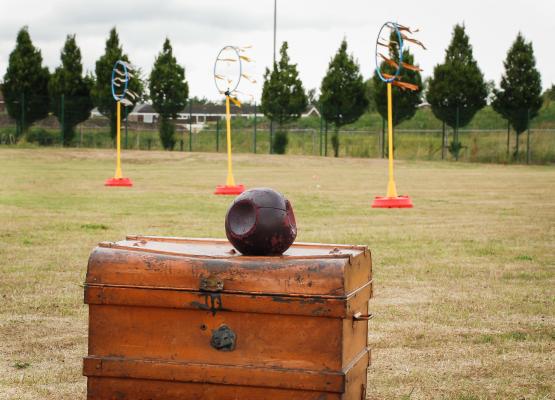 We are the first and only provider of the officially recognised Quidditch experience. Twin recently became the international youth programme partner of Enrich Education, QuidditchUK and the Quidditch Premier League.

Vastly growing in popularity, Qudditch is a mixed gender contact sport suitable for students who are 8+. This exciting sport incorporates a unique combination of elements from rugby, dodgeball, and tag. The aim of the game is to get as many points as possible!

Quidditch is made up of two teams each with 7 players. The exhilarating sport involves catching and chasing after four balls and scoring points. Points are scored by throwing the balls through three ring-shaped goals. All whilst the players run around with one hand holding a broom between their legs.

We can deliver half or full day Quidditch events/tournaments at various locations around England and Wales. The games are taught by two qualified Quidditch sports coaches. The students will receive an introduction to Quidditch, including rules and positions. Sessions are 3 hours each with a maximum of 40 students per session. Prices start from £22.00 per person based on 60 or more students.

To make your Quidditch experience extra special, equipment such as; Quidditch goals, Quaffle ball, house bibs, flags, gowns, broomsticks, and a winner’s trophy are all included. All your students need to bring is sportswear, trainers, and a sprinkle of enthusiasm topped with excitement!

Disclaimer
Twin Group and its activities are not licensed by, sponsored by or associated with Warner Bros., J.K. Rowling or their affiliates. ‘Quidditch’, ‘Harry Potter’ and all related names, characters and indicia are trademarks of and © Warner Bros. – Harry Potter publishing rights © J.K. Rowling.