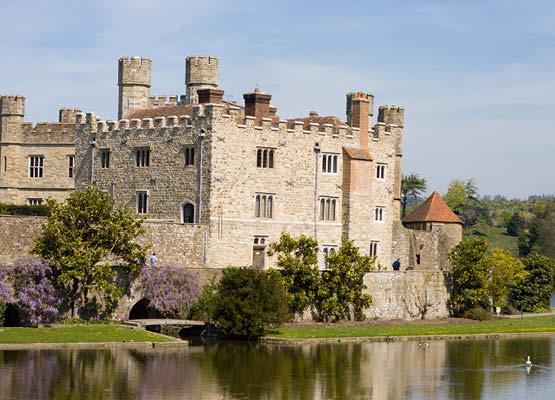 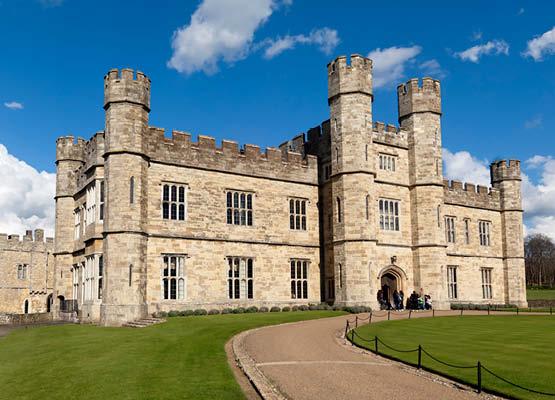 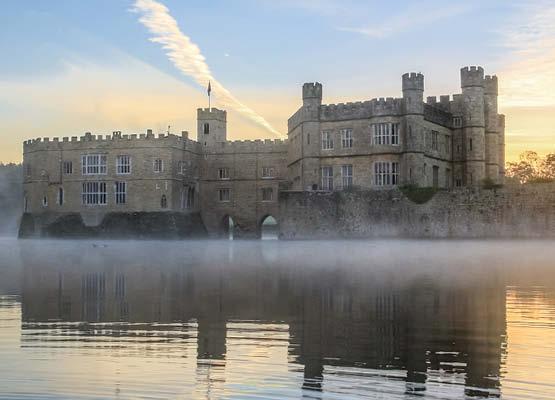 Complete with 500 acres of parkland and gardens and surrounded by a moat, Leeds Castle is one of the most beautiful attractions in Kent, and has been dubbed ‘the loveliest castle in the world’, making it an ideal destination to visit.

Since 1119 a castle has stood on this site; it came into the hands of King Edward I during the 13th century and soon became a favourite residence. In the 16th century, Henry VIII used it is a home for his first wife, Catherine of Aragon.

Leeds Castle offers fun for all ages with two castle themed adventure play areas for children, a dog collar museum (which may be the only one in existence), a shell grotto, golf course, a maze and beautiful gardens. The castle gardens are home to a range of wildlife ranging from eels, geese and white-clawed crayfish, who reside in the River Len, to grass snakes, butterflies and a wide variety of birds.

On top of this, the castle also has a Birds of Prey Centre with daily falconry displays, the Black Swan Ferry to transport people across the castle’s moat, Segway Tours, Go Ape Treetop Adventure and the opportunity to go punting on the moat.

The castle hosts a variety of events throughout the year; there is an open air cinema and theatre in the summer, firework displays, tours,  and towards the end of the year there is a Christmas market.

Unlike most attractions, every ticket to Leeds Castle is valid for one year, so visitors can see the castle and grounds as many times as they choose to.

• During World War II, the castle was used as a hospital.

• Leeds Castle has 20 guest bedrooms, all with antiques and valuable paintings and other authentic furnishings.

• The castle was privately owned by Lady Baillie from 1926 until 1974. She left the building to the charity the Leeds Castle Foundation, and it opened to the public in 1976.

• The Maiden’s Tower was built in Tudor times and used to be a bakery and brew house. Later Lady Baillie turned it into a guest house with its own cinema, and today is used for special exhibitions and occasions.